When you’re working with linux you might have to add a user to different group.

Let’s say that you want to create user John, and you want John to have root abilities. To do this you’re going to want to add the user, John, to the sudoers group.

The sudoers group controls who has Sudo privileges on a machine. Sudo is a command that allows a user to run commands based on another users privileges, in most instances it is configured to run as root. Fun fact, SUDO was established from “superuser do.”

To add user John to the sudoers group you would do something like this:

The two options used include:

You have to use both options in conjunction with each other. You can find a more detailed list of options here: https://linux.die.net/man/8/usermod

This same model applies to any group and can be used for any user. A great example is Apache on a web server. 🙂

Welcome to our digial vault of technical knowledge and musings.

In this blog you will find notes, snippets and technical insights from Daniel Cid and Tony Perez.

Tony and Daniel have worked together on multiple projects - Sucuri, CleanBrowsing, but this place is for our personal notes in which we store and capture our journey, something that we can reference later, and in the process we expose it to the world for consumption and critique. 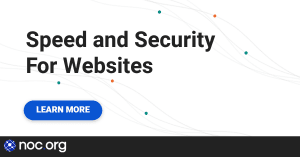